One-way sync is from a source A to a destination B.
Potential challenges and points of attention:

Most incremental blocks will return both newly created and updated objects, make sure to test this.

If such a block is not available (because it is not supported in a specific connector), you can potentially use a block with a "moving window" instead. This block will e.g. get all records that are new or updated in the last 24 hours. Example:

Avoid creating duplicates in the destination, use Upserts (insert or update) to avoid duplicates.

Some connectors have "Snippets" (smart blocks) that perform an Upsert. Example:

If an Upsert snippet is not available, implement this pattern in your Blend: 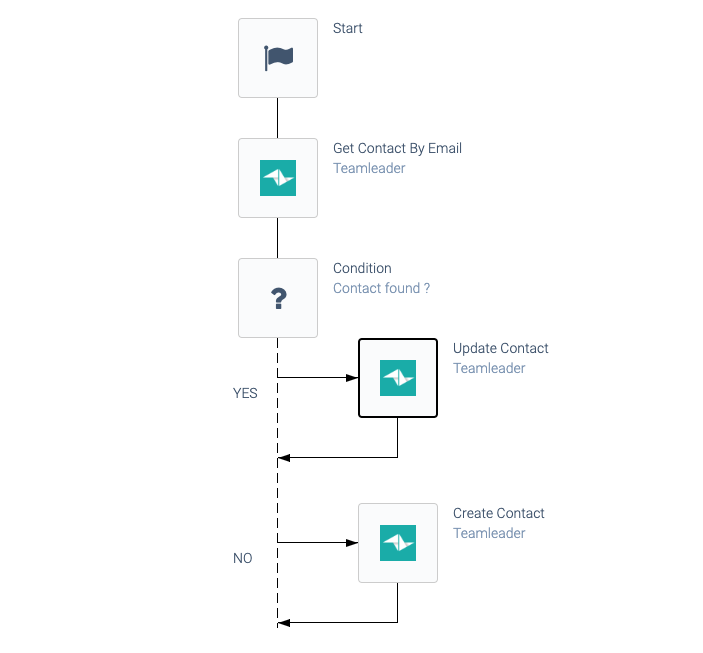 Here's an alternative Upsert pattern, that will do a lookup from a list of all records, to check for existing records. This can be useful when it's impossible to check for one existing object (e.g. you are syncing companies and the feature "find company by VAT number" does not exist): 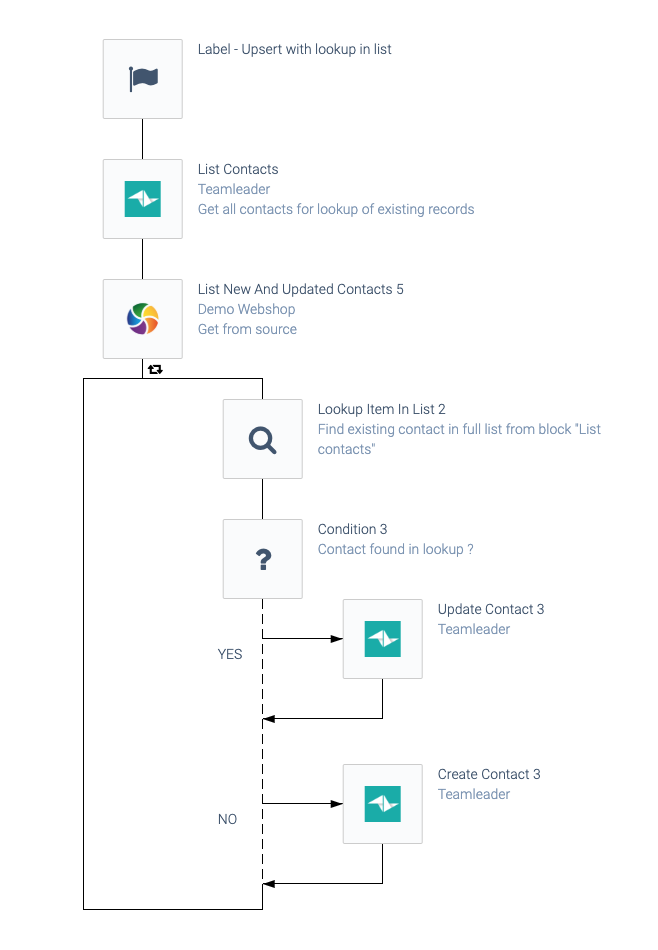 Only update when needed 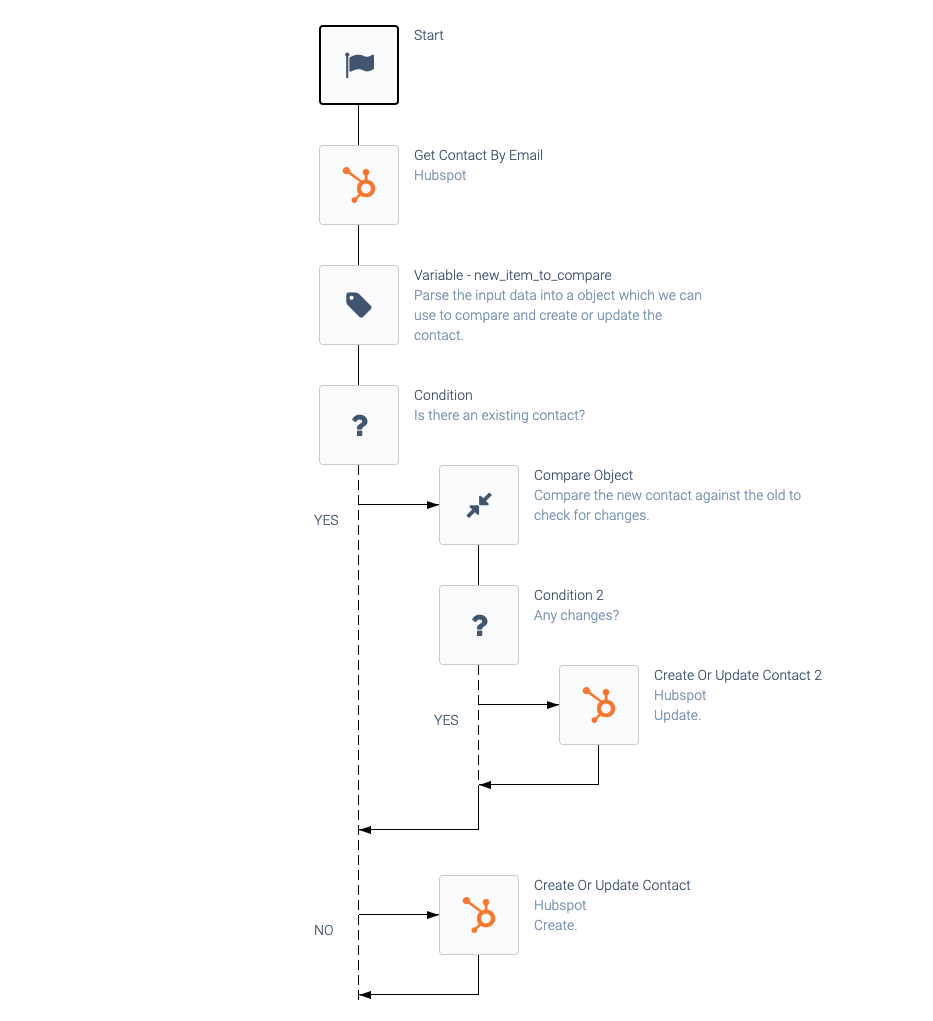 Missing fields in update cause field to be emptied

Make sure that fields which are not included in your update, do not cause these fields to be emptied in the object that is updated.

Choose a unique key to match objects between A and B, e.g. "email address" for Contacts, or "name + date" for Projects.

If the key is not unique in one of the platforms, store the id of A in the object in B as an "external id" and use this for matching. An example is Contacts where email addresses are unique in A but not in B.

If transformations are needed on keys, make sure to perform these transformations rigorously everywhere, e.g. also in a "Compare object" block when checking if an update is needed. A good example is phone numbers, that may be formatted differently in A and B. Also be careful with spaces (make sure to "trim" keys) and with keys that may be truncated in the destination because of limited key length (e.g. when using a combined key "name + date + location" for an Order).

It's hard to detect which data was deleted in A because most API's do not expose this information. Some platforms have a Webhook available "on delete".

Another solution is to build a Compare Blend and delete in B what is missing in A. This is a risk, if a mistake is made in the Compare Blend, you may end up deleting data in B mistakenly. For example, you should not delete data in B that is missing in A, when the data in B does not originate from A. This risk can be eliminated by writing an "external id" from A in objects in B (see paragraph "matching objects").

Sometimes you need to make sure that data from the source is processed only once and never sent to the destination more than once, in order to avoid creating duplicates in the destination.

This could be needed if an Upsert is impossible to do, e.g. because you cannot lookup existing records in the destination or because data in the destination is altered by another process or by users, which makes a lookup useless.

In this case, the pattern "exactly once processing" can be used. This pattern uses the Blendr.io Data Store as an intermediate database to keep track of which records from the source were already processed.